Retreats Are All the Ragge!

I just went on a stitching retreat hosted by another store which I won't name because it wasn't our store. We stitched, we ate fabulous food, there was a famous designer teaching a class, there were manicures and massages, and there was a mini store.

I love retreats. It's been a long time since I've been on one because as a single mom with little kids, it just was not on the list of things that had to get done. There's other priorities, like rent and food and tantrum control. But now the kids are all grown and I can go and play sometimes and have a life of my own instead of living through my children.

For those who don't know, a retreat is a group of people with an interest or job that ties them together. They go to a place where they can gather, sleep and eat, play games, do trust exercises or other challenges -whatever their leaders decide they need, and get to know each other or make new friends. It's time away from demands, family, and jobs. It's a mini vacation without anyone asking if they're there yet.

There are retreats for stitchers, knitters, quilters, scrapbookers, writers, business people, women, church groups,  you name it, there's a retreat for it. I would bet there's retreat for Trekkies who play Lord of the Rings with light sabers during the Renaissance.

There are retreats in the middle of cities, out in the country, on cruise liners and traveling through places in Europe. One day there will be retreats on space ships travelling to Saturn to view the pretty colors.

I would love to go on a European tour or a cruise line retreat sometime, but in the meantime I'll satisfy myself with going to one close to home - although we did have one lady there from Florida. How she got her stitching gear on a plane I have no idea.

Stitchers take up a lot of space. Gone are the days when a lady sat with a hoop and a little basket. Now there are huge needlework stands, specialty lamps, magnifiers, electronic notepads for patterns, comfy chairs that fold up, (emphasis on comfy), and footstools that hold stash. They each bring their living rooms or studios.

Quilters and scrapbookers need at least as much space and even more. Knitters on the other hand, need a seat, their knitting bag, a cup of coffee, lots of chocolate, and that's it.

We've talked about hosting a knitting retreat. But none of us want to organize it. We just want to go on it. Only it's hard for all of us to go on retreat because someone has to mind the store.

We talk about it and don't do anything.

So I thought I would ask everyone out there, what's your idea of the perfect knitting retreat? By the way, this is also a test to see if anyone actually reads the blog or if you all just scroll down to the sale info. Are you a scroller, or a reader? 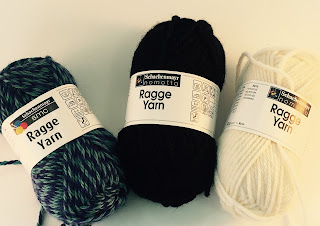 Posted by Anna Maria Junus (happy employee who thinks retreats are a real treat.)
Posted by Crafty Lady at 8:59 AM