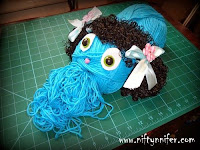 You know when you start a new ball of yarn and you want to pull from the center, only sometimes when you do you end up with a huge yarn barf, so you roll your eyes, sigh, and untangle it before you begin.

I had one in the middle. Right in the middle of a sock I was working on. A fake fair isle second sock which meant that if I cut it I would have to unwind a lot of yarn to get to another end so that my socks would match. 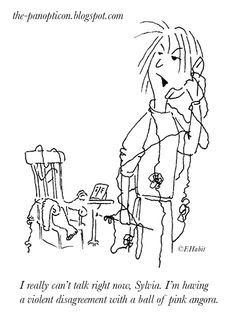 Of course, Captain Knit Wit and his crew were nowhere to be found to save the day.

I could have been finished that sock days ago. But nope. I spent that time unraveling the evil that had been inflicted on my yarn. It was worse than untangling Christmas lights.

It's certainly not the first time that I've been sidetracked or completely defeated. I already wrote about Dr. Who stealing my sweater. You can read about that here. Dr. Who Stole My Sweater Now before someone points out that Dr. Who is not his name, I want to point out that if I just said "The Doctor" many wouldn't know if I meant Marcus Welby, George Clooney, or McDreamy. 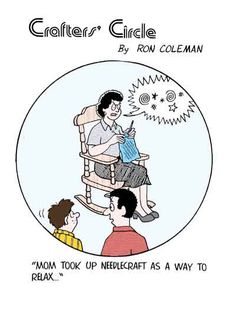 There was also that time when I was working on a lovely cabled sweater and my three year old daughter found my embroidery scissors and decided to turn it into artistic lace. A few years later she did it again to a cross stitch picture I was working on, and a cross stitch afghan. The cross stitch afghan was saved by an embroidered heart which I had to repeat in various places throughout the afghan. That child did live to adulthood and is married now. I have put a curse on her that she will have a child that will do something similar to her. Hey it worked before.  One of my other daughters has kids who drew on walls. Heh, heh, heh.

So I would love to know what kind of mishaps you have had while creating your marvelous wonders. Please post them here and we can all commiserate with each other.

This week's sale is a yarn that includes a pattern using only 1 ball! Think quick to make Christmas presents. Now's the time to stock up. Where else can you get materials to make a gift at this price? Sure, they could call you cheap, but they will never know.

Posted by Anna Maria Junus (happy employee who loves logic problems but no so much when they're presented in the form of tangled and knotted yarn).