1. It's the capital city of Canada. There was a huge fight about this. Toronto wanted to be named the capital. So did Vancouver and Calgary. But Ottawa was smart and waved knitting needles around threatening to skewer someone so Vancouver and Calgary said "you can have it." and went to their corners where they made toques and mitts.

2. It's the fourth largest city in Canada. Toronto won that fight when it threatened to take yarn and tie Ottawa up.  Montreal came in second and then Calgary. Calgary decided it would rather be the largest rodeo in the world and proceeded to knit saddle blankets and mane ribbons.

3. It was originally named Bytown after John By who was responsible for the Rideau Waterway Construction project. When knitters think of a construction project they're imagining knitting fronts, back and sleeves, then blocking, and peppering the whole process with lots of swearing. As far as I know, John By was not a knitter so who knows what was going on there. Probably a lot of swearing.

4. The name was changed to Ottawa in 1855 because Bytown sounded like a warning to avoid the town all together. They wanted to present the idea that travelers ought to way lay for awhile but then realized that way lay is to forcefully stop someone - so they just wanted people to way. Think about it. Ought to way... Hey, I know it's dumb. But I cut the thread on my sock thinking it was finished and then  I realized that I stocking stitched my cuff instead of ribbing it.

5. There are knitters and crocheters who live in Ottawa.

6. Many of them knit and crochet in French and English. If you go to a knitting circle in Ottawa you will be expected to use both languages in the same sentence at the same time that you count your lace rows. They can swear in French and English too, and if you disturb them too much they can use their needles to stab you while they inflict curses on you in both languages.

So here's our sale this week. It's Ottawa made in Italy. Because that makes sense. 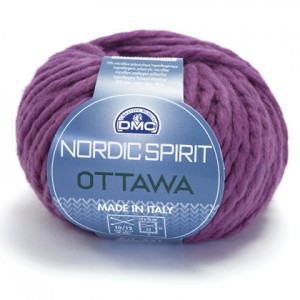 Posted by Anna Maria Junus (happy employee who can knit in Ottawa without knowing French or Italian).
Posted by Crafty Lady at 10:31 AM