Please note the following blog is based on my experience and percentages used are more arbitrary than being an exact quantity.

When I was first introduced to Knitter's Pride interchangeable needles, I was blown away! 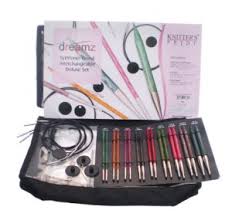 The birch needle is SO smooth because it is resin infused instead of just varnished. It quickly became my needle of choice. I later learned that, at first, any needles with the initials K.P. were all made in the same factory in India. So, in Europe they have KnitPro, 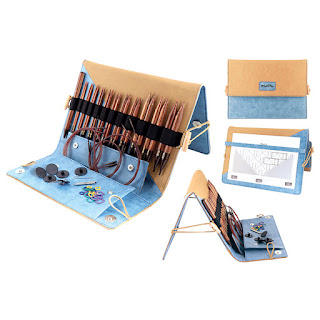 and here in North America, we have Knitter's Pride and KnitPicks. That means two things - the quality of the needle is the same and, more importantly (to me), they all play together! 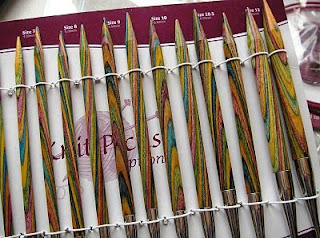 Later on, KnitPicks decided that since they sold directly to their customers instead of wholesaling through retailers, they would move their production to China to lower the cost of said production. Still the same process but now on different machines. Here's where the arbitrary numbers come in. If you know anything about factory defect percentages, it is more common to have defective materials produced on a Friday than on, say, a Tuesday because the focus on Tuesday is work. The focus on Friday is 'how long before quitting time? I have a date I need to get ready for!' There are still quality checks going on, but if something slips through, its usually Friday.

So - nothing is always perfect. So for the number of Knitter's Pride items I had returned because of defects, I give them a 99% fit rate. In other words, 99% of the time the cord and tip of an interchangeable needle will work together. Similarly, I give KnitPicks a 95% fit rate. 95% is still an excellent fit rate, its just if we tried to put Knitter's Pride and KnitPicks together and there was a problem the fault always fell to the KnitPicks.

When my sales rep mentioned that she had these amazing new interchangeable needles to show me, I shut her down. Don't need another one. Already have two K.P. needles and ChiaoGoo needles. I don't have room on my wall for another brand. But they're really lovely , she says. I counter, unless they play with one of the brands I already have... She whispers, I'm not supposed to tell you this, but they're made in the same factory as Knitter's Pride needles. I'm sold and, to date, they maintain a 99% fit rate.

If you haven't felt any of these needles yet, I will do my best to always have a project on the go in the pop up store so that you can fondle the beautiful wood.

written by Lori TCL owner who absolutely loves her Knitter's Pride needle set, her KnitPicks needle set and her Lykke needle set. Don't judge me! 😉
Posted by Crafty Lady at 9:00 AM