It's Coming! Are You Ready? 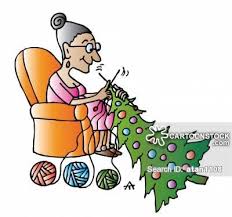 I know. You're still desperately trying to hang on to your summer tan. It was just days ago that you finally put the RV and boat away. You cleaned the summer cabin. You're still cooking hot dogs over an open fire.

You don't want to hear this.

Which means that if you're the type of crafter who makes things as gifts, you really need to speed it up, otherwise you'll just be handing out pictures of the item with promises for Christmas.

When I was growing up, because of my Finnish father we celebrated Christmas on the Eve. Presents were opened then and we got our stockings the following morning. I was told at a young age that there was no Santa which was a disappointment for a kid with a huge imagination. It didn't stop me from wanting to sit on Santa's lap and tell him what I wanted for Christmas. One Christmas the Hudson's Bay in Victoria had a Santa Wonderland in the window (remember the time when windows were dressed for Christmas?). The lines to Santa wound around and beside the window  and my sisters and I stood in the long long line waving to our parents on the other side of the window.

We also had smorgasbord, a Swedish tradition (we were influenced by Sweden due to my father growing up partially in that country). On Christmas Eve we would lay out crackers and cheese, sliced meats and pickles, pickled herring (we called roly mops) and vegetables. On Christmas Day we 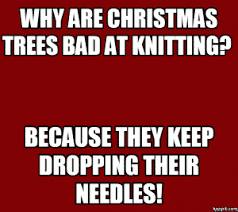 would have turkey or sometimes goose. I married a man who celebrated a more traditional Canadian Christmas. One present the night before and the rest Christmas morning. He loved the idea of the smorgasbord and so we combined our two traditions. Smorgasbord and one present Christmas Eve and the rest of the presents Christmas morning. He took over the smorg and added all kinds of goodies, such as chicken wings, egg rolls, and other things found in the frozen food section.

My first married Christmas was hard. I couldn't wait. I camped out in the living room by the tree waiting for morning. It was agonizing.

I also began creating Christmas Eve concerts for the kids to perform for their father. Some years I wrote entire musicals, skits and songs, other years it would be the nativity with the latest baby playing Jesus, and some years it would be a series of well known songs I would get them to perform. They reached a point where they refused to do it, which disappoints my youngest daughter, the seventh child, who never got to participate and would have loved it.

When I became single again I decided that I wanted a different tree every year. Ornaments are cheap so I built up a lovely supply of different colors. That first year I did silver and blue. The following was red and gold. One year we did silver, gold and purple. This year is my last in Alberta so I'll be handing off my Christmas decorations (except for my handmade ones) to the kids. I can always buy new ones.

I now prefer presents Christmas morning. If I'm home the smorgasbord has gotten smaller. Or I'll visit my grown children in either Calgary or Edmonton happy that I'm not responsible for the entire Christmas and happier that they have continued the same traditions while incorporating their spouse's traditions. I have a daughter-in-law that makes everything for the smorg  from scratch. If they have egg rolls, she's actually made the egg rolls, not just taken them out of a box and heated them up. I really need to get to that family's Christmas but they're always too far away.

Moving away from my kids means that I'll have to start new traditions. But I've found that traditions change according to circumstances.

Anyway, there is a point to this related to knitting. Our sale!

Lots of lovely thick yarn that can quickly turn into scarves! You only need one ball. Quick to make holiday gifts. With arm knitting you can make a gift in under an hour. Even if you use needles this yarn will knit up quickly. 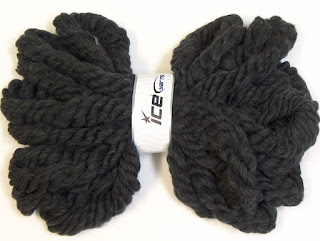 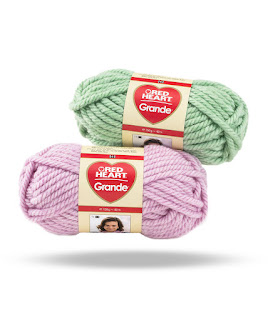 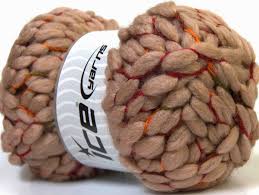 
If you need to learn how to arm knit, for a small fee Lori will give you lessons. Just call to set up an appointment.

Also, I would love to hear about your holiday traditions.


Posted by Anna Maria Junus (happy employee who doesn't make Christmas gifts because she can't deal with the stress).
Posted by Crafty Lady at 9:11 AM