The Continuing Adventures of a Pharaoh

Remember the Faroe story I told you a little while back? If you need a refresher - here it is.

Well, there's more to the story. The pharoah lived a very long time and when he died his people grieved tremendously, wrapped him in the fine Egyptian cotton that he loved to knit with, and shut him up in a pyramid with all his favourite things and piles of gold and jewels - because that's what they did back then. They wanted to make sure that his journey to the Shadow Lands would be comfortable.

Except - he never did make it to the Shadow Lands. Instead something else happened.

The same wizard - wizards live a very very long time for they are not completely human -  who had placed the curse on the pharaoh had enchanted the cotton he was wrapped in, and while he slept for two years, the cotton began to shimmer and glow and it warmed the cold dead body of the pharaoh, changing his molecular structure, growing his organs and his brain, and causing blood to rush through his veins. He grew stronger until he suddenly awoke and broke the bands of the cotton strips that engulfed him.

He looked around at the jewels and gold that had been packed away with him and he roared in anger at the waste that could have been put to better use for the kingdom. So he burst through the sealed doors of the pyramid breaking free from his prison. As he ran through the desert sands he discovered that he had speed, strength and endurance  that he had not had when he was alive.

Plus he had hair on his head.

He saw as he zoomed through the streets of his city, that in the short time he had been dead, the people had suffered greatly. Beggars were in the streets, children were carrying heavy loads instead of being in school, and he saw a man crack a whip over the back of a woman. He stopped for a moment, grabbed the whip wrapped it around the man and tied him to a pole. Then he dashed in faster towards the palace.

When he broke through the palace doors, the arrows that struck him didn't make a mark, and the new pharaoh, who was not his son, but instead an enemy, demanded to know who he was, for the pharoah was now in his full youthful appearance and unrecognizable to everyone.

The pharoah ignored the arrows that bounced off him as he strode towards the throne. He shook off the guards that lay hands on him. An ax ricocheted off his body and fell on the floor. The man on the throne, terrified by this supernatural being lept from the throne and ran but the pharaoh was too fast and grabbed him before he got off the dais.

"I am Egypto, Pharoah of this Kingdom", he roared, holding his enemy high in the air with one hand.

"But you can't be," the new pharoah whined. "Egypto is dead."

"Not anymore," Egypto roared. Then he flung the man down and ordered the guards to take him away.

"Bring me my needles," he called out and knitting needles and yarn were brought to him. He sat on the throne, and knit while he listened to his people and made decisions. He had the kingdom back to the way it was during his reign, in a matter of weeks.

When he was pleased with his kingdom he handed the crown over to his children who had learned wisdom and kindness from their father and agreed to work together, and he travelled the world, righting wrongs and helping to make the world a better place.

He's still out there now, wandering the world as Captain Egypto (think low male voice with echo) defender of all who are oppressed. He leaves knitting needles and yarn as a calling card.

As for the cotton that brought him back to life, the wizard retrieved the cotton bandages and planted them in the ground where they grew and produced some of the world's finest cotton which he named after the great pharoah. 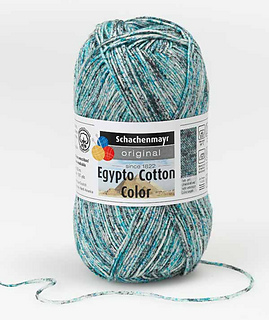