When You Need a Hero

And now for the further adventures of ...

When we last left Captain Knit Wit he was in battle with Froggit the arch enemy of yarn and needlework enthusiasts everywhere.

"Your days of torturing people have ended!" Captain Knit Wit held up a knitting needle with one hand, ready to plunge it into the heart of the cowering Froggit.

"You can't get rid of me that easily. I am eternal. As long as crafters make things, I will be there! I am essential. I am necessary."

An evil smile spread over Froggit's face. "Look over there!" he pointed.

"Where?" Captain Knit Wit looked around. "I can't see anything." He looked back to find Froggit gone.

In frustration he threw the knitting needle on the floor. "Gah! How does he manage to always escape me!"

*****
Meanwhile in Froggit's super secret lair, his minions Rippit and Gurr were carefully watching the monitors.

"Look, look. She's not paying attention. She's too busy watching Game of Thrones to notice that she's knitting instead of purling." Rippit rubbed his hands together.

"This one over here is talking to her stitching circle and is using the wrong DMC color in her stitching. Look a whole section with the wrong color!" Gurr took a sip of his water.

"Froggit will be pleased with what?" Froggit stormed into the room.

Froggit looked at the monitors. "Well, of course they're making mistakes. They always do. How are you helping them to?"

"We don't have to help them. They do it on their own."

"Gah! I have idiots who serve me. You have only two? Why aren't you doing more?"

"What do you mean do more?"

"Have you removed knitting needles from projects and replaced them with a different size? Or two different sizes? Have you mixed up the numbers on the embroidery floss? Have you spilled coffee on patterns, or better still, stuck two pages together so that they start off with one pattern and end up working on another? Have you changed the tension on sewing machines? Have you unraveled crocheted pieces and stitched them back up incorrectly? Have you dropped stitches on lace or switched directions on cables? You can't just leave it up to these people to make mistakes. They need help to make the mistakes. Idiots!" Froggit smacked Gurr in the head. Ruppit already knew to stand far away when Froggit went on a rant.

Satisfied that he had made his point, Froggit asked, "Now what's going on with Knit Wit?"

"I thought he was with you," Rippit replied.

"And he fell for it? Again?"Rippit said.

"Like I said, it wasn't hard." Froggit sat down in a chair and looked at the screens. "So what's happening with him?"

"We don't know," Gurr said. "He's not showing up anywhere on our monitors."

"Probably gone away to hide his head in shame," Froggit said. "

"Any sign of them?" Captain Knit Wit asked Enabler and Impulse.

"Nope. They seem to be behaving themselves at the moment." Enabler said.  "You had him. What happened?"

"He used the "look over there" trick."

"And you fell for it. Again?" Impulse said.

"Captain. Look at this!" Enabler said.

Captain Knit Wit looked closely at the monitor. "Isn't that one of his minions? What is he doing?"

"Looks like he's unscrewing the cable on those interchangeable needles."

"So when she comes back to her work she picks it up and all her stitches fall off the needle," the captain said. "Wait! What's he doing now?"

"He's draping the yarn around the cat!" Impulse said.

"Where?" the Captain looked around. "Aw! Cut that out, you guys! I'm outta here!" The Captain  disappeared through the door with a whoosh leaving papers fluttering.

Enabler shook his head. "He's going to get himself impaled on a knitting needle one day."

"Hey, let's ditch this for a couple of hours and go to the craft store," Impulse suddenly said. "There's a  75% off sale at the Crafty Lady."

"I'm with you!" Enabler agreed.

And so while Impulse and Enabler are checking out The Crafty Lady, our fearless hero...

is on his way to save another poor crafter's dilemma, once again fighting the good fight and ridding the world of Froggit and his minions' dastardly deeds.

Stay tuned for the further adventures of...

And be sure to check out our sale. 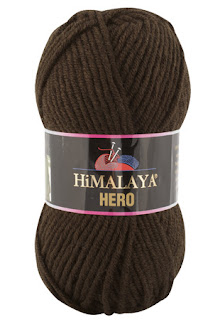