Sale post.Hope you like it. I spent about an hour and a half on it.

She looked up at him. He was handsome, sturdy, and had a wide smile. “You must be Charly.”
He pulled out a chair and placed his coffee cup on the table. “So we finally get to meet. I’ve heard a lot about you.”
“Good, I hope,” she took a sip of her coffee grateful that he didn’t stand her up in the busy café. Not that she couldn’t have handled it. She had a book with her.  “It’s odd that we haven’t run into each other before, since we work for the same company.”
“I’m in the wool division, and Fil keeps me busy.” He was glad that she was waiting for him. Not that he couldn’t have handled it. He had a book with him.
“Fil? You’re on that kind of terms with her? She makes us all in Merino call her Fila.”
“Oh, well, it’s just something that the other guys and I call her behind her back. To her face she’s Miss Di Crosa.” He put a mock serious look on his face, frowning and drawing down his eyebrows.
“Of course.” She smiled at him. “Let’s not talk about the boss away from the office.”
“Agreed.” He looked at her over his cup. She was lovely. Sensible he gathered. Not wispy like some of the other girls. She had substance. “Let me guess. You’re a DK.” Sure he fudged that a bit. Better to under guess than over.
“Aran actually. And proud of it. I firmly believe that beauty comes in all sizes.”
“I’m an Aran too! Isn’t that lucky. And yes, you're right. Beauty comes in all sizes. Look at me."
"Yes, look at you," Zara laughed out loud. He didn't come across as boastful, just a little goofy. The right amount of goofy.
"Besides, you know what they say about mixing between the weights. It doesn’t generally work.” Charly said.
“Not generally. Although I had some fun with a sport but you know how those guys are. Still, not as bad as a fingering. I don’t need to go into details there.”
Charly chuckled. “My last girlfriend was a lace. She was strong, but I don’t know, a little too much of an airhead for me.”
“It wasn’t Nirvana, was it?”
“Oh, you’ve heard of her.”
“She was in merino too until she left. I can’t quite picture you two together.  I hope you don’t mind me saying so.”
“Not at all. She was a lovely girl. She just wasn’t right for me.”
“I understand completely.” Zara sighed. “I tried telling my friend Cento that.”
“Cento? Not Centolavaggi? I know that guy. Always after the ladies. I met him through Nirvana.”
“Yeah, that lace weight is no airhead. He has an angle for everything. Problem is, there’s often too many holes in his plans. Still, he’s a good friend.”
“He’s the one that told me about you,” Charly beamed at her. “I guess he figured if he didn’t have a chance, then maybe someone else could.”
Zara laughed. “Hey, I never said you did.”
“You didn’t say I didn’t either.”
“Fine. So let’s stop the wool spinning and get down to the hooks and needles.” Zara put her cup down. “Frankly, I am more than ready for a change. I’ve been in the same place for far too long. I’ve seen others come and go on to bigger and better things, and I’m ready for a new project.”
“I was saying the same thing just the other day. It can be hard to see friends move on while you’re stuck in the same place doing the same thing.”
Zara nodded. “Are you ready to take a chance?”
Charly leaned forward. “I am. I have a proposal.”
“Well, it’s a little too early for that.”
“Very clever. No, I was thinking smaller. I propose that we see each other every day for a week. Monday to Saturday. As much as possible. And if it doesn’t work, it doesn’t work. We go our separate ways and wish each other well, but if it does…”
“Who knows?” Zara raised an eyebrow.
“Exactly. Who knows?”
Zara looked down. She liked him. She liked him a lot.
Charly looked down too, thinking the very same thing. 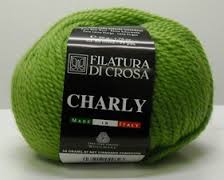 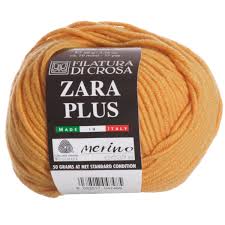 Regular Price: $10.00
Sale Price: $2.50
Think about lovely hats, scarves, cowls, and mitts. Both these yarns come in bright solid colors and are smooth and soft to knit with. Perfect for cables and other specialty stitches. You could make two of each. One for you, and one for someone special.
Posted by Anna Maria Junus (happy employee who thinks romance is just spinderful).
Posted by Crafty Lady at 9:13 AM