You would think a word like inventory would mean "inventing a story" but no. It's nowhere near that much fun.

Although if you were the Count from Sesame Street you would have great fun going "One, uh, uh, uh, uh, Two. Uh, uh, uh, uh. Three, uh, uh, uh, uh. The Count would have a wonderful time. The people who would have to work with him not so much. Even Big Bird would be plotting ways to kill him and Elmo would swear at him and Ernie would hit him in the head with his rubber ducky. Bert would just set a whole cage full of pigeons on him.

It's a good thing The Count doesn't work here. We wouldn't be so kind.

We do have someone new working here! Anne Homenuk has joined the Crafty Ladies. Lori decided to give her a trial by fire by making her count inventory. If she gets through this and still wants to work here then we know she's crazy and eligible to stay.

Anne is a knitter, crocheter and needleworker, plus she has a background in newspapers and writing, just like Margaret and me - only Anne actually owned a newspaper. I just wrote stuff.

Best of all, she's counted the tapestry yarn and the Mill Hill beads so I don't have to.

Frankly, as I write this at the end of a busy Saturday, my feet hurt and I'm exhausted and I'm running out of time. So, here's the sale. 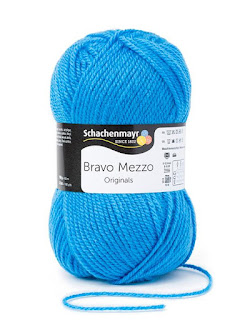 I am directing a play that will be performed in March. It's called "Things My Mother Taught Me". Come and see it and when it's over, stand up and say "Bravo!"

By the way, the yarn comes with a free hat pattern on the ball band.

Posted by Anna Maria Junus (happy employee - although not really right now because of that whole counting thing).