Why do we have a long weekend in May? Why do we call it Victoria "Day" weekend? History/ tradition or are we celebrating "Spring"? Spring? Really?? as parts of Alberta had snow over the past weekend.

Are you aware we are the ONLY country to celebrate Queen Victoria with an official holiday? Did you know Queen Victoria was the first monarch for the Confederation of Canada. Her birthday was May 24. Canadians have celebrated her birthday since 1845. Victoria Day was officially declared a statutory holiday in 1901, recognizing her as the "Mother of Confederation".

Federal government protocol dictates that, on Victoria Day, the Royal Union Flag is to be flown from sunrise to sunset at all federal government buildings—including airports, military bases, and other Crown owned property across the country—where physical arrangements allow (i.e. where a second flag pole exists, as the Royal Union Flag can never displace the national flag), quoted from the Alberta Archives, Alberta General Holidays, Government of Alberta Human Services, 2012.

How interesting! Canadians as one of the youngest nations, we have a long history of affiliation with the monarchy.

In addition to saluting the then Queen Victoria, celebrations have included parades, full sunset gun salutes, athletic competitions, picnics, "displays of illuminations" (now known as fireworks).
Some of the events which happened locally include :
- Mirror, one community I know of, celebrated with Mirror Days, including a parade and Show 'n Shine
- Provincial campgrounds were open for the first long weekend of the season
- Summer Village of Gull Lake had a Pancake Breakfast on Sunday
- Lincoln Hall had their annual Steak Dinner fundraiser
- and Ellis Bird Farm officially opened several of their feature attractions over the weekend!!

From a gardeners' manual - plant your garden and annuals on or after the May long weekend. It was a bit cool on Saturday, but Sunday was a better day for planting.

Tourist season has started, we had our first 2019 tour of Red Hat Ladies in this past weekend -the first group this year that I am aware of.

As knitting, crochet, woodworking and other creative crafts are often considered historical, older skills - The Crafty Lady decided to feature an old favourite this week for the 75% off sale. 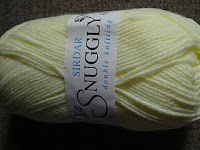 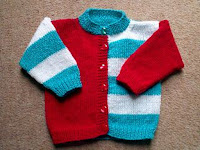 This yarn would be great to help finish up some of those projects you did not quite have enough of, or the right colour. We have enough to do smaller projects at this price - it is a great sale!!

Posted by Anne, happy, happy crafter - who is slowly getting projects finished and may get the garden in next week.