Now look at it carefully.  Can you find element #16?  Here's a hint: it's in the upper right section, in a blue square.

The square for this element on this Periodic Table may be blue, but the element isn't.  In its natural colour when a solid (i.e. at room temperature) is a soft yellow.

It's symbol on the Table is "S" for sulphur (or sulfur)...and according to Wikipedia, it's not only very common in and on the earth, but it's also elemental -- meaning that it plays a key role in human life.  It's been around...well, pretty much from the beginning of time as we know it (and even before that).  In the Bible, it was referred to as "brimstone" -- as in "fire and brimstone".  Most of the time though, it's found in minerals referred to as either 'sulphides' (sulfides) or 'sulphates' (sulfates), and it's usually obtained as a by-product when contaminants are removed from natural gas and/or petroleum.

Today it's used in fertilizers, matches (remember the smell when you strike one?),  insecticides and fungicides.  It causes our noses to wrinkle at the "rotten egg smell" when we smell natural gas leaking somewhere -- and that can save our lives!

But it's not just found outside and around in nature.  It's also found inside us!  It's an element in organosulphur (organosulfur) compounds which include three amino acids (cysteine, cystine and methionine) and two B vitamins (biotin and thiamine).

It's part of the compounds that make up keratin -- which means it plays a part in the make-up of skin, hair and feathers.  And it plays an essential role in the biochemistry and macronutrition -- for all living creatures!

Yep. It's an elemental element!

"Sulfur" is also the colour name for this week's Super Special Yarn: 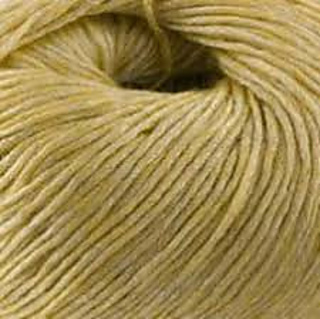 Made in Italy
Hand-wash in cool water; hang to dry.

Although at least one "Raveler" has reported that she felt it was rather delicate for a full sweater, six or seven balls would do for one -- but only two or three are needed to wrap you in a bit of gold softness, like this cowl or this shawl.  Glowing elegance, odour-free!  😉

Thanks to all our customers who came out to support our shop in the CreativFestivals (Millennium Place in Sherwood Park and Spruce Meadows Equiplex in Calgary), and here at home during Lacombe's third annual Fibre Festival at the Lacombe Memorial Centre.  We hope we'll continue to.,.

See you in the shop!

*Written by Margaret, whose work at The Crafty Lady is an elemental part of her life!

Email ThisBlogThis!Share to TwitterShare to FacebookShare to Pinterest
Labels: 75% off sale, Berroco Elements